In Too Deep — Cherry Adair 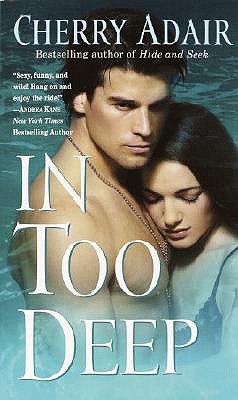 Beauty can be deceiving....

Tally Cruise has come to Paradise Island for a long-awaited reunion with the father she never knew. But when she arrives, he is nowhere to be found. Still, she is so thrilled by the seductive beauty of the island that she doesn't see the danger that is boiling right below the surface--until a mysterious explosion nearly kills her. She is rescued by an enigmatic man whose intensity is as undeniable as his sex appeal ... a mysterious stranger who is not what he seems.

Michael Wright is on Paradise to settle an old score with Tally's father, the man responsible for the accident that ended his Navy SEAL career ... and killed his best friend. But even though he hopes to use Tally to reach his target, Michael cannot deny the deep feelings she inspires within him, or the fact that her life is in serious danger. Paradise Island is a place full of hidden intrigue and peril, as deadly as it is beautiful, and Michael will need every skill he learned as a SEAL to ensure that he and Tally escape alive....
Reviews from Goodreads.com

Tally Cruise comes to Paradise Island to reunite with her father, an enemy of Michael Wright. Michael blames him for the destruction of his career as a Navy SEAL. When Michael rescues Tally after she is involved in an explosion he is determined to use her to get back at her father. He is soon fighting his reluctant attraction to her and before long is working to keep her out of harm’s way. In Too Deep is the third book in the Wright brothers set of TFLAC series books. It’s not one to miss and remains one of my favorites!