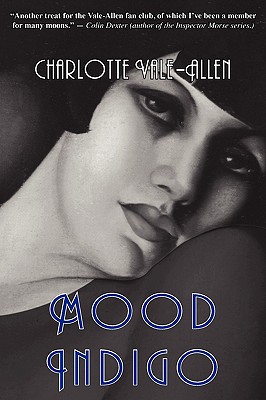 It is late winter 1934 in Manhattan when DeeDee Carlson dies after falling from the balcony of her apartment at the Ansonia. Her boyfriend, Chip Stevenson, begs Honoria Barlow-his late mother's closest friend, and his, as well-to look into the circumstances of DeeDee's death. Honoria insists that her experience as a script doctor doesn't qualify her to play gumshoe, but out of love for Chip, and against the wishes of her protective, Russian-born husband, Mikhail, she agrees to do a little sleuthing. This commitment takes Honoria and her assistant, Maybelle, into some of New York's most elegant dwellings where they meet the dead girl's mother and friends. Some of DeeDee's friends adored her; some loathed her. The young woman had many secrets, and as Honoria begins to uncover them, the situation turns as dangerous as the murderously cold weather. With homeless families living in a Hooverville in Central Park, and the popular radio shows, restaurants, nightclubs, and shops, the era is meticulously reproduced; it's black and white, like a film that's the end-product of one of Honoria's doctored scripts. It's Manhattan; it's a clever, unique woman working her way through a puzzle; and, ultimately, it's a matter of whether Honoria will survive the experience.
Reviews from Goodreads.com