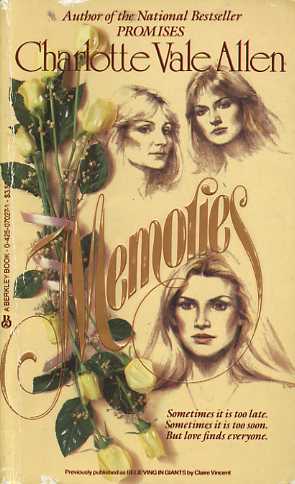 ALISON
The bombs destroying London also shattered her family, making a stranger of the man she called her husband

HILARY
The daughter who had never really been a child became a mother overnight, trapped in a magnificent, hopeless marriage

DIANNE
Conceived during that first heady night that peace reigned over Europe, she was destined to be at war with herself-raised in an icy cocoon of restraint, but blessed with a heart that yearned for the freedom of love...

Three women, mothers and daughters, each with her own unforgettable story. Three lives tossed in the storms of family, marriage and love, coming together at last!
Reviews from Goodreads.com