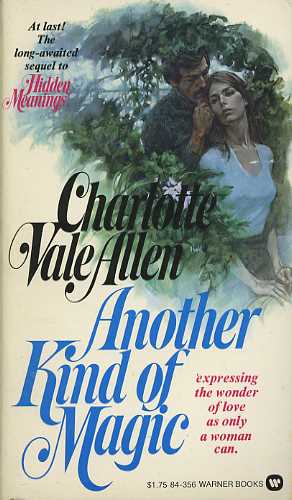 When Wynne Shipton and Tony Wakeman found each other in Hidden Meanings, their story had found an almost perfect ending. But it was not a happy ending for Tamara-- the daughter Wynne had been forced to give up. Tamara was a woman who had never really known a mother, and now she was a mother herself, married to a man who brought her only unhappiness, fear and pain.

This is Tamara's story, her own odyssey of discovery that in many ways parallels Wynne's own--for she, too, is woman, robbed of the sweet illusions of dreams, seeking Another Kind of Magic
Reviews from Goodreads.com