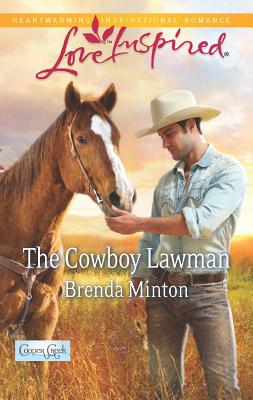 A Love Worth Fighting For

When Slade McKennon comes looking for Mia Cooper, the Dawson sheriff's only mission is to keep her safe. But the wounded DEA agent isn't ready to trust the man whose past is so entwined with hers. Slade lives by his own code of honor-one that prevents the widowed father from pursuing the woman he's known most of his life. But for the first time in ages, Mia feels safe. And she's finally starting to seal up the scars on both her body and her heart. Can Slade and his sweet but aching son provide the healing touch of love?

Cooper Creek: Home is where the heart is for this Oklahoma family
Reviews from Goodreads.com

This book was about Mia Cooper, adopted daughter. She took care of her younger siblings until her mom died when she was eight, then she was placed with the Cooper's. Her brother was in prison, but she doesn't know where her sister is. She's now recovering from being shot during an undercover operation that took the life of her partner, leaving his wife widowed with two kids and one on the way.

Now what should she do? She doesn't know who she is anymore. Everything she knew seems to be over and the man she loves could never marry someone like her because she is nothing like her best friend, who died five years ago and left a baby and husband behind. Only that husband is slowly falling in love with Mia now. Can she be the wife he needs?

So many times we compare ourselves to someone else when really we should just be the best we can be. Such a great lesson!

I've noticed that, except fir the first story which came with another shorter novel, every sibling married into a ready-made family. I expect this will continue through the remaining three books. I do love the grandmother. Though several of this recurring themes are unlikely to happen in real life, it lets us wonder what life would be like if there were more cowboys (and girls) like the Coopers!