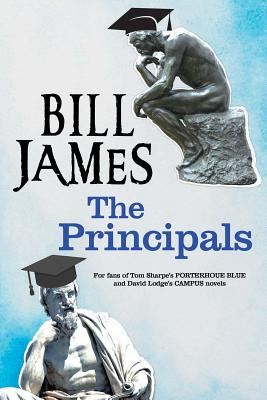 This sharply satirical novel concerns a battle royal between two academic institutions and their principals.

England, 1987. It's all-out war. Two universities in the same city each aim to destroy the other and take over one another's buildings, students and -- above all -- bank balance. At a time of austerity in public life and huge government cuts, the situation has become desperate and the respective university principals are prepared to fight very dirty indeed. Dr. Lawford Chute of the revered Sedge University wants to expand, expand, expand, while the government is telling him to cut, cut, cut. But Dr. Victor Tane of Charter Mill employs more covert methods to ensure his institution comes out on top. Who will win these ferocious academic fights and be the model for the statue in the modern-day university grounds: the ultimate proof of posterity for which both principals are battling?

This hilariously witty and highly topical satire on the comic absurdities and ruthless politics involved among Britain's elite academic institutions will appeal to fans of Tom Sharpe's Porterhouse Blue.
Reviews from Goodreads.com