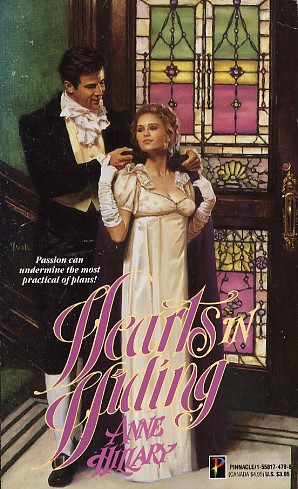 A LOGICAL MATCH
How had be gotten himself in such a damnable mess! How had a few careless words led to such a colossal misunderstanding? Now his entire family believed him to be married--and Simon was not about to enlighten them, not with his pride still stinging from his fiancee's defection. No...better to swiftly seek a bride who fit the bill. And who would better suit than the lovely war widow he'd met on the ship from Halifax? She was a sweet little thing, all alone in the world, and she even came equipped with an infant son adorable enough to satisfy the most demanding of grandmamas. It was bound to be a most satisfactory arrangement!

A PRACTICAL PLAN
Mrs. Catherine Smith knew it was insane to even consider Simon Bradford 's outrageous scheme though she was badly in need of a port in the storm: Her late husband 's family had coldly accused her of forging her marriage lines, then turned her out on the street. And Simon was so kind, so thoughtful... and so very handsome. Of course he wasn't proposing out of love, but then she wasn't accepting out of love... was she? It was bound to be a most perplexing arrangement!
Reviews from Goodreads.com