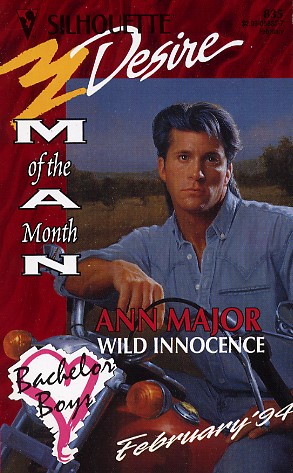 The Man: Raven Wyatt - a man with dark secrets.
His Mission: Revenge on the woman who didn't stand up for him when he needed her.
The Woman: Innocence Lescuer. What would happen if she told Raven about the child they'd conceived?

She came out of the mist - a sweet hitchhiker that Raven couldn't resist. He rescued her, and she repaid him with betrayal. She didn't come forward when he was accused of a murder committed the night they met.

Now she was back. She got him released, but what was her motive? Was she a temptress leading Raven to a cruel fate...or an angel guiding him to heavenly delights?
Reviews from Goodreads.com