In the King's Name — Alexander Kent 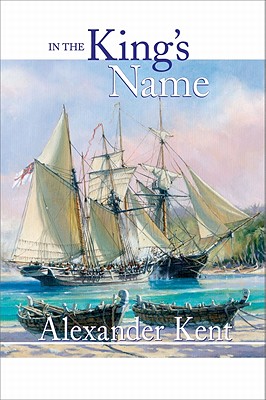 Filled with high-seas intrigue and sharp tensions, this nautical novel takes an intense voyage into the heart of Napoleonic-era Africa. The year is 1819 and Captain Adam Bolitho has been sent on an urgent but risky mission to make a fast passage from Plymouth to Freetown, West Africa, with secret orders for the senior officer stationed there. Due to the slave trade being declared illegal, ships in every harbor are waiting to be scrapped and officers have been cut loose without hope of future commands, thus Adam soon finds himself the object of envy and jealousy. In Africa he discovers unexpected allies and faces an enemy far more powerful and ruthless than any he has known before.
Reviews from Goodreads.com