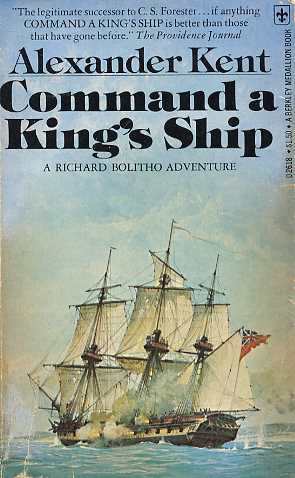 In 1784, at a time when most of the fleet was laid up, His Majesty's frigate Undine weighed anchor at spithead to begin a voyage to India. As her new captain, Richard
Bolitho was glad to go, despite the nature of his orders and the immensity of the voyage--for he was leaving_ an England still suffering from the after-math of war. But he was to learn that signatures on proud documents did not necessarily make a lasting peace, and found himself involved in a conflict as ruthless as the one which had given him his first command during the war with France!
Reviews from Goodreads.com