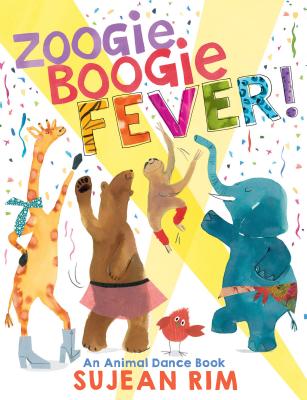 Share:
What do the animals at the zoo do when the gates close at night? They boogie until dawn! This bouncy, funny read-aloud is filled with an assortment of animals dancing to their own beat and celebrating their individuality. See the flamingos do the fandango, the elephants cha-cha-cha, and the little penguins break-dance as they all avoid being discovered by the zookeeper, and then turn the page to see everyone come together in one unforgettable conga line! Kids will be dancing and moving as they read along with Sujean Rim's irresistible cast of animal characters that fills every page. It all culminates in a surprise orientation shift that reveals an unforgettable finale!

Featuring hilarious nods to dance movie classics like Flashdance, Dirty Dancing, and Dance Fever, this book is sure to make readers of all ages want to start grooving.