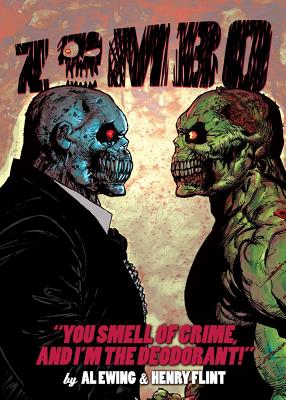 When the Government's latest crime deterrent, Obmoz goes completely off the rails and starts to destroy everything from the underfunded super team Planetronix to the president himself, who ya gonna call? Not Zombo, because he's dead and not in a zombie-type of dead way, but in a brain-melted-by-laser kinda way!

Now the only thing standing between mankind and total annihilation is a male stripper and a well padded pair of underpants!