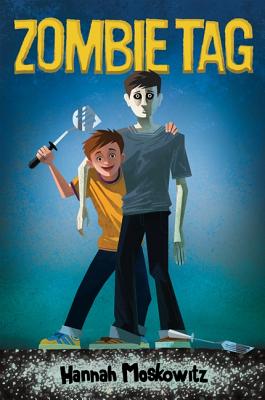 Share:
Wil is desperate for his older brother to come back from the dead. But the thing about zombies is . . they don't exactly make the best siblings.

Thirteen-year-old Wil Lowenstein copes with his brother's death by focusing on Zombie Tag, a mafia/
capture the flag hybrid game where he and his friends fight off brain-eating zombies with their mothers' spatulas. What Wil doesn't tell anybody is that if he could bring his dead brother back as a zombie, he would in a heartbeat. But when Wil finds a way to summon all the dead within five miles, he's surprised to discover that his back-from-the-dead brother is emotionless and distant.

In her first novel for younger readers, Moskowitz offers a funny and heartfelt look at how one boy deals with change, loss, and the complicated relationship between brothers.