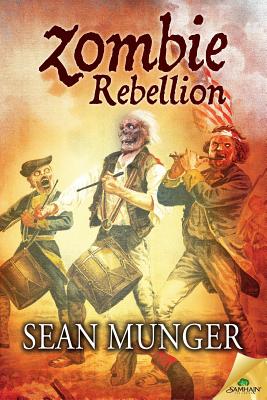 Share:
The revolution of the living dead! Roger Clymer has got the worst job anyone in Pennsylvania in 1794 can have: tax collector. But as a plague of undead zombies begins raking through the countryside, Roger realizes that the controversial new tax on whiskey--and the ragtag band of rebels taking up arms to oppose it--are the least of his worries, at least until George Washington's army arrives to put them down. Until then all he's got are one and a half muskets, distrustful Indian allies and his twelve-year-old son to help him keep the zombie hordes at bay--before the entire frontier explodes into a bloody, flesh-devouring, whiskey-fueled inferno!