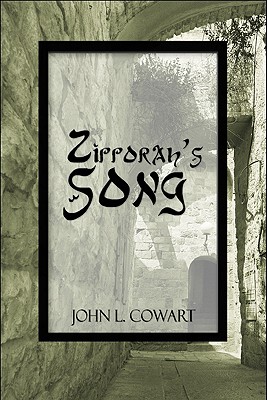 Share:
Zipporah, the wife of the lawgiver Moses and daughter of Jethro, the Priest of Midian, tells her father's story. From humble origins, Jethro becomes an apprentice to Ahaz, a priest of Baal and member of the diplomatic council of Jericho, a small kingdom pressed by the Midianites on the east and the Philistines on the west. As a priest, Jethro rises to great prominence: a military leader, emissary between the people and the gods, and counsel to the king. A leader in battle, Jethro humiliates his foes, and in diplomacy, he forms a bond with the Kingdoms of Bethel and Hebron. His love for Elizabeth, Ahaz's daughter, brings him great happiness but he can never win the approval of his father who resembles the tyrannical Baal, the god he has sworn to serve. Jethro's struggle to discover the true religion plunges him from the heights of power but wins him freedom and peace. Contains graphic descriptions of pagan fertility rites.