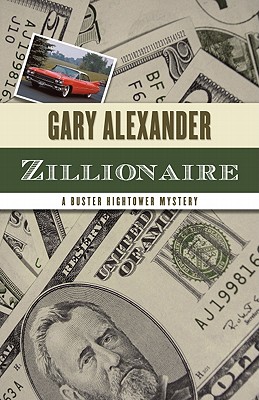 Share:
Zillionaire is a quirky, fast-paced yarn that races from Washington State to Belize to Tikal, the great Maya ruin in Guatemala. A mystery drenched in dry wit and high-concept humor, Zillionaire will keep readers smiling as they try to figure out the puzzle with the characters.

The richest man in the world dies and apparently takes it with him. To the tune of $100 billion.
When Japanese industrialist Saburo Taihotsu passes away at age 91, there is no sign of his fortune. It's rumored that he'd ordered the money incinerated in one of his steel mill's blast furnaces. Nobody knows for sure, nor do they know much about the reclusive multibillionaire who made Howard Hughes seem like an extrovert in comparison.

Taihotsu has a shameful secret that he intends to take to the grave, but he's left behind an incomplete 26-digit number string that holds the secret to the disposition of his riches. He wants his only heir to untangle the string and use the solution to lead him to the $100 billion.

But first, the heir has to realize . . . he's the heir! He doesn't know he's related to Taihotsu. By the time he does, so do countless others, a menagerie of characters ranging from an unethical orthodontist to the crew of a sleazy TV tabloid show.

The chase is on!