Ziggy, Stardust and Me — James Brandon 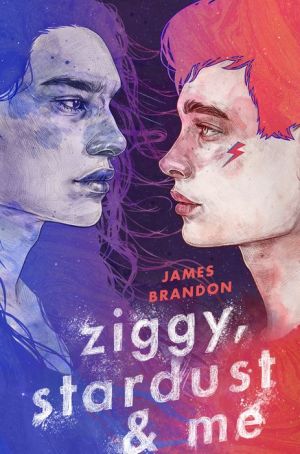 Share:
In this tender-hearted debut, set against the tumultuous backdrop of life in 1973, when homosexuality is still considered a mental illness, two boys defy all the odds and fall in love.

When he's not being bullied or in therapy for anxiety, sixteen-year-old Jonathan lives with his alcoholic dad in the suburbs of St. Louis. Still coping with the death of his mother, his elaborate imagination keeps him afloat and is a balm against vicious school bullies. But everything changes when a Native American boy named Web joins his English class three weeks before the school year ends.

After being partnered for an English project, Jonathan realizes Web is different from his classmates: he's confident, stands up to Jonathan's bullies, and calms Jonathan's severe anxiety. Then one day Web kisses him, and throws Jonathan into a tailspin. It's 1973 and being gay is considered a mental illness. Eventually he tells Web they can't be together.

But when things get bad at home Jonathan must decide if he wants to stand up to his dad, and his therapist, and be true to himself.