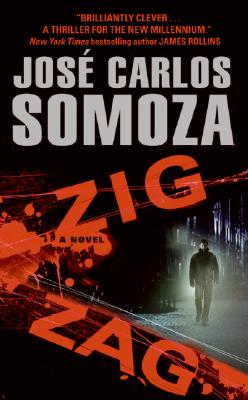 Share:
Elisa, a young physics professor, has a terrible secret--a secret she's been hiding for ten years, one which torments her every day. While an advanced physics graduate student at one of the most prestigious universities in Europe, Elisa was invited to join an elite research team working on manipulating String Theory, making it possible to witness images of the past as if they were happening--live. According to the team's groundbreaking research, they theorized that the possibility of witnessing the past--viewing such milestone events as the crucifixion of Christ, or the earth when dinosaurs still roamed--was no longer a theory, but actually possible. But the team's experiments resulted in something much more frightening and dangerous than any of them could ever have imagined. Something they awoke with their work now hunts them--something evil.

Terrified, Elisa is now faced with solving the mysterious and gruesome deaths of each member of the team. The sinister force has focused its sight on her, and in order to solve the mystery and save her own life, she must discover what really happened on the remote island where her team was once sequestered. If she fails to find out the truth, and how to correct what they've unleashed, Elisa's fate will most certainly meet the same masochistic death as her colleagues.

Impeccably researched and impossible to put down, and with an ending that will leave readers haunted, Zig Zag is a novel from an author at the top of his game, placing readers on a scientific thrill ride that offers theories to some of the larger questions of both the universe and human nature.