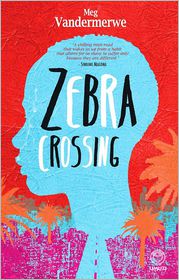 Share:
Ghost. Ape. Living dead. Young Chipo has been called many names, but to her mother -- Zimbabwe 's most loyal Manchester United supporter -- she had always just been Chipo, meaning gift. On the eve of the World Cup, Chipo and her brother flee to Cape Town hoping for a better life and to share in the excitement of the greatest sporting event ever to take place in Africa. But the Mother City's infamous Long Street is a dangerous place for an illegal immigrant and albino. Soon Chipo is caught up in a get-rich-quick scheme organized by her brother and the terrifying Dr Ongani. Exploiting gamblers' superstitions about albinism, they plan to make money and get out before rumors of looming xenophobic attacks become reality. But their scheming has devastating consequences.