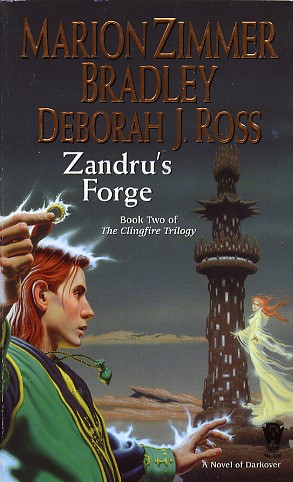 Share:
In Darkover's era of the Hundred Kingdoms, a time of uncontrolled war and lawless disregard for all but the most4 imperialistic of political aims, Neskaya and Tramontana Towers lay in ruins because of the use of dangerously powerful matrix weapons.

During this dark time, two young men came to Arilinn Tower. One was only a minor telepath but his education was paramount, for the fate of his family and possibly his entire world would one day rest on his shoulders. He was Carolin Hastur, the heir of Hastur, and he was destined to be king. The other came against his family's will, and only won entrance to Arilinn when he proved to both father and Keeper that his gift was too great to remain untrained. Small and thin, his power lay in the scope and potency of his loran. His name was Varzil Ridenow, and one day he would be the most powerful Keeper on all of Darkover. At Arilinn Tower these two idealistic young men forged a friendship based on a love of their world, and a hatred of war.

But also at Arilinn was a youth who called himself Eduin MacEarn. His mind was carefully shielded and his past kept scrupulously private. His true name and heritage he dared not disclose, for his father was a man who had sworn to wipe out the Hasturs and all their kin, the man responsible for the destruction of Neskaya and Tramontana Towers--the outlaw Keeper Rumail Deslucido!