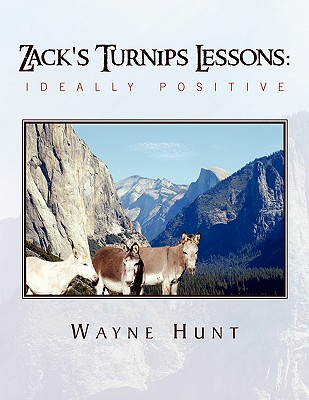 Share:
Zack, an intelligent and handsome donkey, lives on a small farm west of Yosemite National Park. With his four best friends, Willie, Pedro, Zelda, and Silver Streak, he is thrust into a leadership role to save the farm from being sold after his dad suffers a heart attack. The farm’s new owner, Mr. Bumby, plans to convert the farm into a historic working farm. However, unless the animals become more productive by being more positive, he might change his plans and sell the farm after all. Zack helps the animals to be more positive by teaching them lessons using the word ‘turnips’ as a guide. ‘Turnips’ is an acronym that Zack learned from Profound Pig that means ‘turn negatives into positives’. However, Zack discovers that his greatest challenge is not teaching the farm animals to be positive but in changing the negative and prideful attitudes of three race horses who live on the large Bumby horse ranch next door. Through the course of running two races with the horses, Zack and his two donkey friends, Willie and Pedro, finally convince the horses to join them in being more positive. Ultimately the farm and the animals are saved from being sold and the farm animals, as well as the race horses, become ‘ideally positive’ at the new Donohue Historic Farm Center.