Young Indiana Jones and the Eye of the Tiger — William McCay 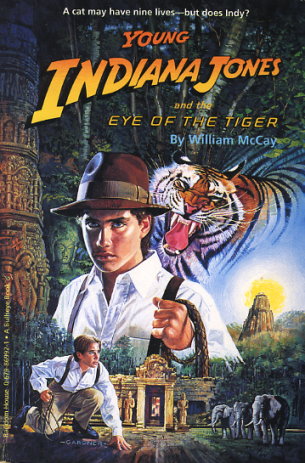 That's the advice the royal guard gives Young Indy and his new friend Prince Kasim. But Kasim refuses to listen, and begins wearing the ancient tiger's-eye amulet around his neck.

When a tiger is seen stalking the area, Indy notices that Kasim has mysteriously disappeared. Could his friend have changed into that dread legendary Indian beast -- the weretiger?

It's up to Indy to find out -- and to save his friend from the curse of the amulet!