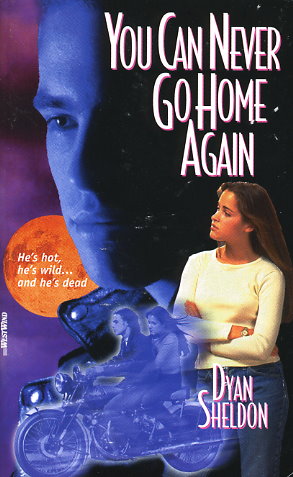 It's a romance made in purgatory.

When Angel's parents split up, she's forced to move to a ramshackle cottage that's a total comedown from the upscale home she grew up in. Far from her popular crowd -- and her boyfriend -- Angel thinks life couldn't get much worse. Then she meets B.J., a smartmouthed biker with big, soulful eyes. The only reason B.J.'s not the greaser from hell is that he hasn't been able to get that far. Instead, he's been perfecting his bad attitude since 1959 -- when he died and his ghost took up residence in the attic of Angel's new house.

She can't kiss him because she hates his guts, and she can't kill him because he's already dead. Angel thinks she needs B.J. like she needs a hole in the head, but she's wrong. B.J. might be able to help Angel -- if only she'll let him.
Reviews from Goodreads.com