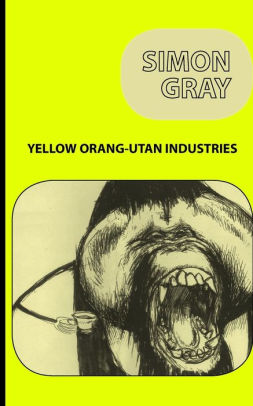 Share:
Yellow Orang-Utan Industries is the most successful of corporations ever, not that anyone can say specifically what it is they do. The founder and president of Yellow Orang-Utan Industries hides from the public, using a computer generated fake president to do most of the talking he'd ordinarily be doing himself. The fake president, Piano Smedley, is universally liked and attributed to the corporation's success. But when news breaks that a body answering Piano Smedley's description has been found, problems arise.The real president's personal assistant, Gertrude, finds herself grieving the fake president, even when she knows better. The task of programming the replacement fake president is based on data from departments who can't make up their mind and the real president becomes even less engaged with business than before. The executive board of directors make an appearance to take control, but by the time the new fake president appears, interest in Yellow Orang-Utan Industries is plummeting.Gertrude's made some new friends amongst the corporation though. One of them is Wellington, who interprets the stock market remarkably well and quite loyally thinks he can help the corporation. If any of them could get through to the real president. Except also, Wellington's remarkable skills and this earnest belief may be because Wellington's a prototype android, and nobody was supposed to find that out.