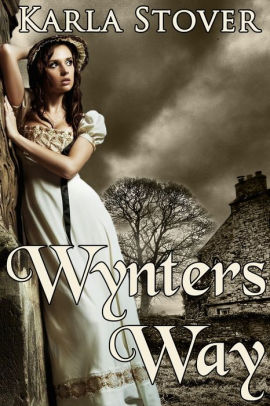 
In the 19th century, a twenty-two year old, unmarried woman was on the shelf—already an old maid, destined to live on the charity of a family member. For Jane Heath, this is not an option. Disappointed in love and determined to make a life for herself, she takes a job at Wynters Way, the remains of a burned manor house deep in the country near the little town of Yearsley. The Wynters family is returning from India and Jane is hired to make their home habitable.

From the day she leaves home, Jane begins encountering the locals: a mute named Billy, a little person named Bright who is destined to become her closest friend, and the aggravating local doctor. And as if her job isn’t difficult enough, Wynters Way feels inhabited by the presence of a mysterious family member, one the Wynters won’t talk about. What are the strange sounds Jane hears? Bright says they’re just birds on the roof and mice in the wainscoting. But that doesn’t explain pockets of frigid air that suddenly appear, or the scent of apple blossoms only Jane encounters.

Wynters Way combines life in a country house from the housekeeper’s perspective with a love story and a family mystery with a solution destined to change lives.