Wrong All Along — Daisy Jordan 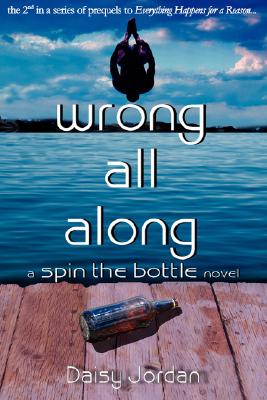 Freshman year is over. Summer is here. Jill and Hillary aren't fighting anymore, Lorylyn is back with Brady and happier than ever, and Jill has her new best friends Hilton and Todd too - Hilton, whom she endlessly admires and wants to be more like, and Todd, with whom she's crazily in love. After a somewhat rollercoaster year, things are looking pretty great. And on the last day of school, Hilton tells Jill an outrageous, stunning secret about her relationship with Reed, then at Landon's party that night, Jill gets to kiss Todd in spin the bottle. And just like that, the tone for the summer is set. Sunny days on a sparkling blue lake.an overnight stay in a hotel with the boys.trips to Cedar Point, the Bahamas, and California.the thrill of romance in the air.sneaking out late at night.one girl's "first time".wild nights at Landon's. The lingering high off all of it. Giggling, stories, excitement, inside jokes. Anticipation of what's to come. For Jill, Hilton, Lorylyn, and Hillary, it's their dream summer. Everything is picture-perfect; nothing can go wrong. But for some of the girls, what's to come is nothing they would have wanted to anticipate. For things haven't been as perfect as they've seemed. It's just that the girls have ignored the signs. Signs they could have seen all along, had they been willing to look. But desperate to believe in the glimmering illusions of the summer, they close their eyes to what they don't want to see, what they don't want to believe. Like Jill's grandma's advice, missed opportunities, a little fact learned in health class last year, mysteriously deleted emails, a secretive smile during a spin the bottle game, the girls' gut instinct not to trust Brooke. The feeling that everything is just a little too perfect, a little too good to be true. The foreboding premonition that it won't last. Because everything that seems too good to be true.probably is. About the Author: Daisy Jordan grew up in Kendallville, Indiana and attended Purdue University. She graduated from Purdue in 2005 with degrees in English education and psychology. She is currently attending Purdue to earn her Master's degree in school counseling. Daisy is the author of the 2005 novel Everything Happens for a Reason. and 2007's Really Good Friends, the first "Spin the Bottle" novel. She is currently working on several more books, including the next novel in the "Spin the Bottle" series.
Reviews from Goodreads.com