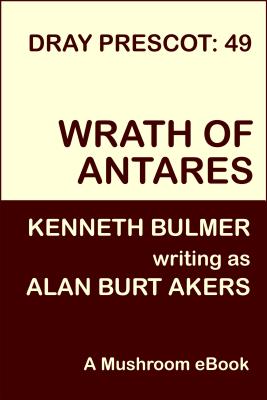 Dray Prescot is attempting to unify the subcontinent of Balintol against the overweening ambitions of local rulers, to present a united front to the predatory reivers from over the curve of the world, the dreaded Fish-heads, the Shanks. These rulers of the countries of Balintol, and the people trying to usurp them, appear to care only for their own ambitions.

Having saved the Illusionist of Winlan and preserved the Wall that retains the demon monsters created by Khon the Mak's Dokerty priests, Prescot now realizes to his profound horror that the phantom of his wife Delia he saw buried by falling rock was no apparition...

This edition includes a glossary of the Balintol cycle.

Wrath of Kregen is the forty-ninth book in the epic fifty-two book saga of Dray Prescot of Earth and of Kregen by Kenneth Bulmer, writing as Alan Burt Akers. The series continues with Shadows over Kregen.
Reviews from Goodreads.com