Worth the Wait — Kathryn Attalla 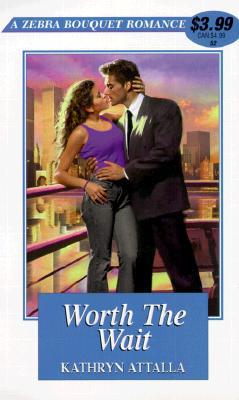 Share:
CAN A BLAZING NEW LOVE...
Abandoned to foster homes as a child, beautiful Charlotte "Charlie" Lawson is steel and velvet on the outside, but on the inside, she's vulnerable and lonely. Even though, deep down, she longs for romance, Charlie decided long ago that she wouldn't give anyone a chance to hurt her again...until sexy, compassionate Damian Westfield makes her believe she can let down her guard.


...CHASE AWAY DARK SECRETS?
Everything about Charlie haunts Damian, including her mysterious friendship to his half-brother. It isn't long before Damian's search for the truth uncovers his family's hidden past, and brings him closer to Charlie. But an act of betrayal will soon force the woman he loves to choose between revenge against the people who hurt her...and trusting him with her heart.