Worth Dying For — Lee Child 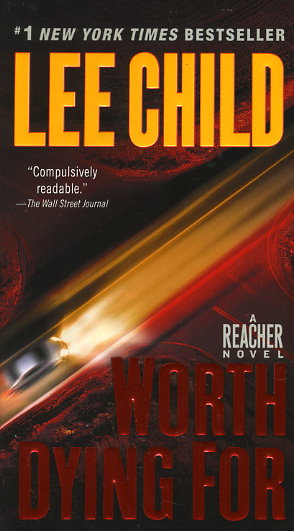 There's deadly trouble in the corn country of Nebraska .. and Jack Reacher walks right into it. First he falls foul of the Duncans, a local clan that has terrified an entire county into submission. But it's the unsolved, decades-old case of a missing child that Reacher can't let go.

The Duncans want Reacher gone -- and it's not just past secrets they're trying to hide. For as dangerous as the Duncans are, they're just the bottom of a criminal food chain stretching halfway around the world. For Reacher, it would have made much more sense to put some distance between himself and the hard-core trouble that's bearing down on him. For Reacher. that was also impossible.
Reviews from Goodreads.com

"Worth Dying For," is more than just another thriller. In a sense it is a morality tale with a good person against a despicable evil.

Jack Reacher is pitted against the Duncan family who have strong-armed the local population into submission. The town sank into its cesspool of lethargy and neglect so slowly that it happened before they realized it. There are no police in the town. The county police are sixty miles away and avoid this area when possible.

As the story evolves, I began to feel that there was almost a Biblical component to Reacher. He becomes Sampson, using his towering strength against the Duncans, who represent the Philistines. The Duncans utilize a group of powerful enforcers to guarantee that the town obeys the Duncan family rules. Reacher must use his power against this gang that has caused such unhappiness in the community.

Further layers are revealed. The Duncans are awaiting a shipment of a commodity that is unknown to the reader but in great demand by the Duncans and those to whom the Duncans supply. Members of the supply group attempt to gain the upper hand and contribute to Reacher's capture and elimination.

The novel moves swiftly as Reacher attempts to have a small group of residents, who have some backbone, stand up against their persecutors.

The scenario is well described and tension grows as the shipment gets closer and the evil forces band together against Reacher.

This is a well done novel that adds to Reacher's legend. It is enjoyable to the end and includes some well placed surprises.

Very Good (VG): Describes a book that shows some small signs of wear - but no tears - on either binding or paper. Any defects should be noted by the seller. 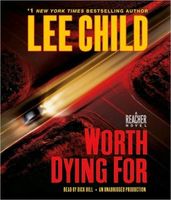 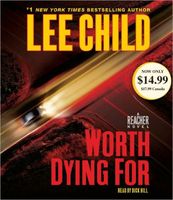 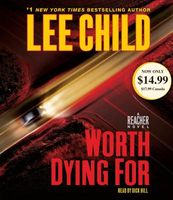