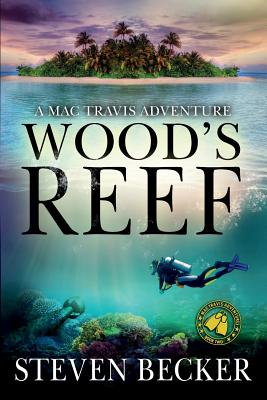 
#1 Sea Adventure"A Very Interesting ThrillerIt’s easy to become invisible in the Florida Keys. Mac Travis was doing his best to keep a low profile: diving, fishing and enough salvage work to pay his bills. It’s a good life until he discovers something while spearfishing that could change the pristine Keys forever. His drunken crewman soon lets out the secret and his life is instantly changed. A corrupt presidential candidate will do whatever it takes to hide his secret. An exiled coke dealing terrorist sees this as his opportunity to redeem himself. A local con man loyal only to himself is looking for a quick payoff.When Mac’s friend and mentor is injured, his estranged daughter reluctantly comes to his aid. The two soon put aside their differences and join forces to bury the secret where it won’t be found.If you like Clive Cussler’s Dirk Pitt and John D McDonald’s Travis McGee check it out. Do you like adventure? Fans of Clive Cussler's Dirk Pitt meet Mac Travis. A Fisher House is “a home away from home” for families of patients receiving medical care at major military and VA medical centers. The homes are normally located within walking distance of the treatment facility or have transportation available. There are 62 Fisher Houses located in the United States and Germany. All Proceeds are donated to the Fisher House Foundation Get a Great Read and Support our Troops and their Families Scroll up and grab a copy today.