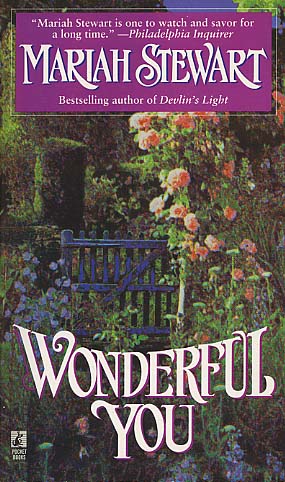 Twenty-eight, single, and struggling to keep her funky little shop of handicrafts afloat, Zoey Enright never thought she would become a celebrity like her mother, an internationally acclaimed mystery writer. But to her surprise, a knockout audition lands her a plum job as an on-air saleswoman for the Home MarketPlace homeshopping network. Unbeknownst to Zoey, the HMP's wily CEO, Delaney O'Connor, has set out to bring his only grandson, Ben Pierce--the hero of Zoey's childhood--home from Europe to run the network.

Ben's one true passion was grand prix racing-until he laid eyes on Zoey again. But suddenly, a near-fatal accident brought his driving career to a screeching halt. Coming back to the States brings him face-to-face with not only an all-grown-up Zoey, but his own haunted past as well. Forced to confront painful emotions he crossed an ocean to forget, Ben finds that he must barter his old dreams for new ones if he and Zoey are to claim the wonderful future they were meant to share.
Reviews from Goodreads.com