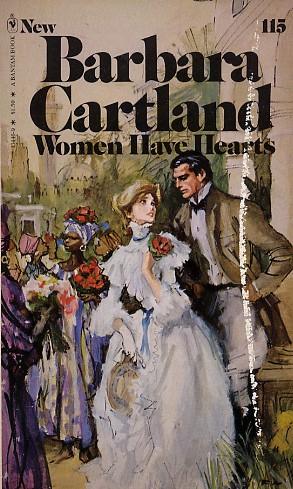 In the light from the candles and the moonlight outside, Kelda saw an expression in Lord Orsett's eyes that made her heart start beating furiously and she could not look away.

"I want your heart," he began. "I want it more than I have ever wanted anything..."

Because of the pain in his voice, Kelda was no longer afraid. "You... you want... me?" she asked.

"I have loved you from the moment I saw you, but I told myself it was an illusion..." Lord Orsett said positively. "Tell me what I want to hear. Say it, darling!"

"I love... you!" she whispered. But the words were lost as Lord Orsett's lips came down on hers, holding her captive. Now there was only him, and he filled the world and the sky.
Reviews from Goodreads.com