Woman in the Mirror — Bobby Hutchinson 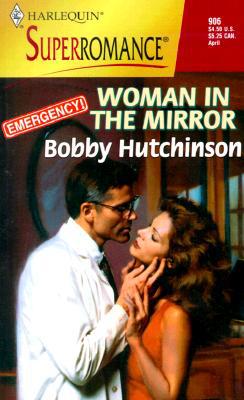 MIRROR, MIRROR ON THE WALL...

Ben Halsey'd deft touch and artist's eye have made him one of the top plastic surgeons at St. Joe's Hospital in Vancouver. He'll need both talents in Gemma Cadano's case. A freak accident has damaged her face, and only a highly skilled surgeon will be able to repair the injuries she's sustained.

Ordinarily Ben would use a computer to generate a template of Gemma's face before the accident, to serve as a model for the delicate reconstruction. But Ben's lucky because Gemma has an identical twin, Sera. He can use her to create a perfect model. Not only that, Sera gets under his skin in a way no woman has for years. And she's as intensely drawn to him as he is to her.

Which really makes Ben lucky. Except that his patient, Gemma Cardano, is convinced she's the fairest of them all in his eyes. Now she's out to have Dr. Ben Halsey for herself -- no matter what it costs her sister, Sera. Or him.
Reviews from Goodreads.com