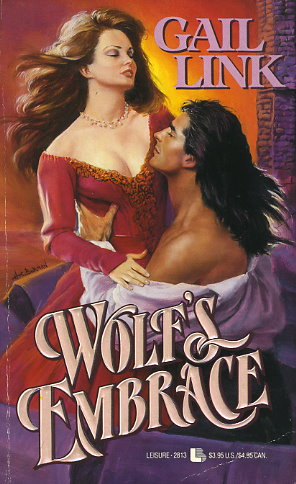 "An eye for an eye. An honor for an honor." Those were the words Rolf O'Dalaigh flung at his beautiful captive. Forcibly abducted from her father's keep, Sybelle was horrified to learn that she was a helpless pawn in a ruthless game of revenge: Rolf's virginal ward had been ruined, and now Sybelle was to pay the price . . . with her own innocence.

Locked in a fierce battle of wills with the proud Irish lord, Sybelle never guessed that Rolf's fiery kisses would spark a flame of desire in her breast, or that she would find searing ecstasy in her . . . Wolf's Embrace!