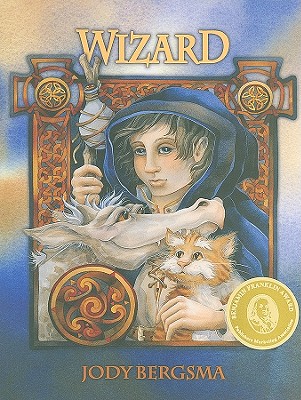 Turmoil plagues the kingdom of Lugin as young Queen Arianna ascends the throne. Meanwhile, in a remote corner of the land, young Kevin sets out on a perilous adventure to save his mother from a grave illness. Linked by destiny, it is only through inner strength, determination, and honesty that Queen Arianna's reign and Kevin's mother can both be saved. "You must believe in yourself and your purposes," he advises the queen, "or you will not succeed."

The second installment in the DragonFire Series, Jody Bergsma's Wizard is a magical tale, complete with goblins, dragons, and an ancient prophecy about trusting oneself even in the face of great fear. Featuring Bergsma's Celtic-inspired illustrations, this enchanting picture book will delight fantasy-loving children again and again.

This book was formerly titled The Little Wizard in previous editions.
Reviews from Goodreads.com 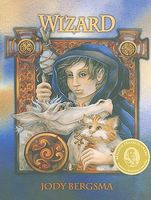