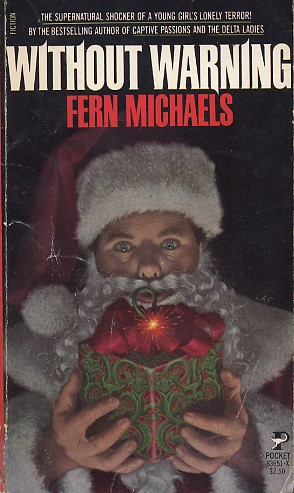 ANGELA HAS VISIONS .. .
tortured visions that haunt her sleep and terrorize her waking hours. Her socialite mother wants to commit her. Her wealthy father is too busy to deal with her. They refuse to accept what she knows is so, that she sees things before they happen ... sees the future with a dreadful clarity.

A shopping mall ... noisy, bustling, filled with the holiday throng of thousands just days before Christmas. Thousands unsuspecting of the fiery disaster that is about to take their lives ... And the one man who watches and waits and knows ... Just as Angela knows . . . knows the terrible truth that no one will listen to, the terrible horror that will come . . . WITHOUT WARNING
Reviews from Goodreads.com