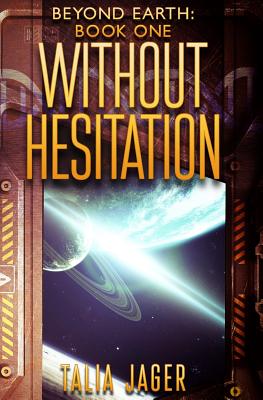 Without Hesitation is set a thousand years in the future. Earth has become a wasteland. Humans traveled into space to colonize other suitable planets. Labels and stereotypes are a thing of the past and gender and sexual identity are as fluid as love as humans strive to survive. Here we meet Everleigh, the commander of her ship named Nirvana. She is under the control of an evil madman, Caspar, who keeps her family captive. He sends her to Valinor to abduct the Empress Akacia. When she arrives, she is taken back by Akacia’s beauty and when the Empress fights back, Everleigh realizes she has met her match.**This is an LGBTQ story with a female/female relationship.**
Reviews from Goodreads.com