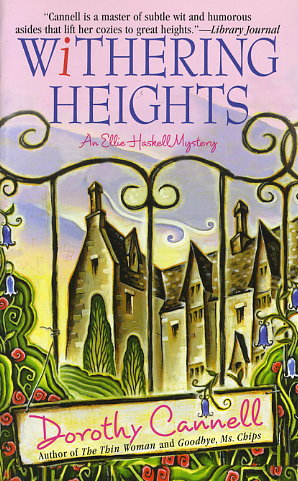 When her in-laws invite her to the Yorkshire moors, Ellie can't resist. The name "Cragstone House" just sounds so much like the delightfully musty manors she reads about in books! And so she and her husband set off for Yorkshire, accompanied by their irrepressible housekeeper and coconspirator in crime solving, Mrs. Roxie Malloy. But things at Cragstone turn out far less idyllic than Ellie expected. First the kindly cook, Mrs. Cake, suffers a mysterious fall down the stairs. Then a visiting vicar meets his death after drinking a cup of tea. Ellie has always thought it would be wonderful to be the heroine of a Gothic romance but now she's beginning to wonder: Will she and Roxie be able to solve the mystery and get out of Bronte country alive?