With or Without You — Brian Farrey 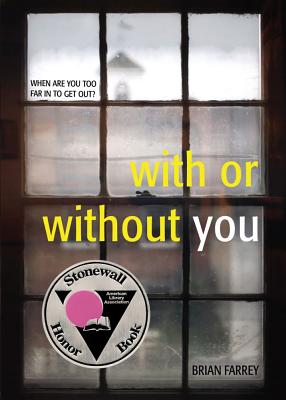 Eighteen-year-old Evan is ready to graduate high school and spend more time with Erik, the sweet, sexy guy he's been secretly dating for a year. But he doesn't want to abandon Davis, his lifelong best friend and fellow social pariah. So when a charismatic and dangerous runaway named Sable recruits Evan and Davis to join a group called the Chasers, Evan is curious to learn more. But as Sable educates the Chasers on gay history, their meetings quickly morph into violent encounters and dangerous sexual pursuits. Evan must choose between Erik and Davis before the Chasers' final initiation -- a ceremony that involves having unprotected sex with an HIV-positive member of the group who has successfully "chased" the AIDS virus.

Chasers hits hard and is sure to get teens thinking and talking about important issues in a meaningful way.
Reviews from Goodreads.com