With No Regrets — Lisa Jackson 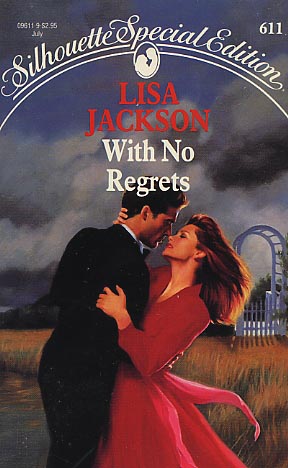 As far as cynical attorney Jack McGowan was concerned, he couldn't have much sympathy for a woman who'd chosen to marry his filthy-rich sworn enemy. He would represent Kimberly Bennett in her desperate child-custody battle-and he would taste sweet revenge against her shady ex-husband-but he'd steer clear of both her and her little girl's beseeching blue eyes.

Degree by slaw degree, Kim felt icy Jake warm toward her little family's plight. Yet shadows lingered in his eyes, bleakness in his smile, desperation in his hungry kisses. What had hardened his heart so? And now that she loved him, was she about to taste the bittersweetness of regret?
Reviews from Goodreads.com