With an Everlasting Love — Kay Arthur 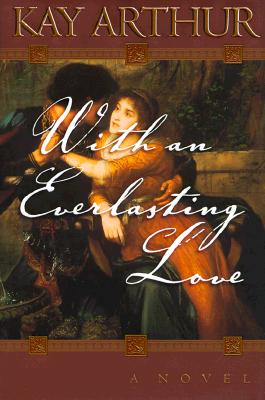 With its all-new cover, Kay Arthurâs captivating novel of love and trust is sure to attract readers. With an Everlasting Love (over 400,000 copies in print), a delightful, spellbinding love story with an intriguing twist, will forever change the way Christians feel when they read, âBehold, the bridegroom is comingâ¦â
Christianna simply couldnât believe it. Though she was a comely woman, she was an outcast, a despised half-breed. Yet before her was a letter from a passionate but unseen loverâthe legendary Joshua of Jerusalem, a righteous Jewish man of great wealth whom everyone spoke of with reverence and awe.
She had never seen him, yet he wanted her as his bride and promised to love her unconditionallyâ¦forever. He asked her to love him preeminentlyâabove all other relationships, above her own desires, and above her own life. Yet they wouldnât meet in person until their wedding day more than a year later.
Could she make such a commitment? Christianna thought soâ¦until a surprise encounter with the mysterious but handsome Kosmos, who lavishes her with the personal attention she longs for. Now her mind is filled with doubt. Why was Joshua taking so long to come? Had she been a fool to believe that such a great man would want her?