With a Vengeance — Jacqui Jacoby 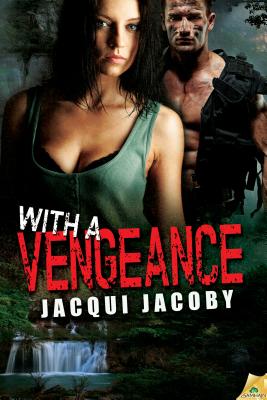 The more she wanted out, the more they dragged her back in.

Daughter to murdered CIA officers, niece to a deputy director, Jaime Walsh has never known life outside the world of espionage. Until a high-action case in Buenos Aires leaves her gutted. Physically, emotionally…and professionally.

She'd planned for her long-overdue vacation to be a time to rest and reassess. With her longtime partner Stephen not far behind, it's a tropical paradise away from work. A paradise where boundaries will be tested.

From their training days, Stephen Reid has watched Jaime kick ass while performing what has become his second job -- watching her back. But now his feelings have grown.

As best friends look at each other in a new light, they like what they see. And Jaime dreams of a new life outside “the company”.

Except someone from their past won't be satisfied until Jaime and the man she loves are hunted to the brink of death. Now Jaime must find the strength to trust her heart and let go of her fear. Before she loses everything…

Warning: This book contains world travel with stops in exotic locations, a kick-ass heroine who just wants to be left alone and a sexy hero who can't seem to stop himself from watching her back.
Reviews from Goodreads.com