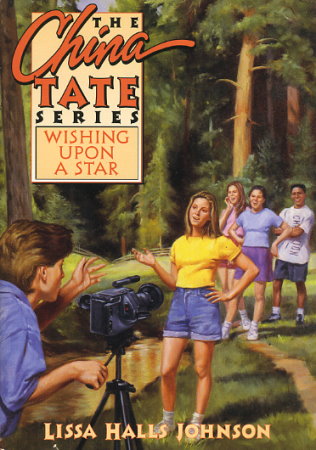 China told herself not to make a big deal of B.T. He was just another guy. Just another person on earth. But it didn't feel that way inside.

Another week at Camp Crazy Bear is about to start. While China Tate, her best friend, DeeDee, and Kemper, the camp recreation director, get ready for the campers, a lanky blond guy shows up. When China asks his name, he smiles and says, "Just call me B.T."

B.T. talks a mile a minute, constantly cracks jokes, and makes everybody laugh. He's as funny as any professional comedian. And he attracts adventure the way wool attracts lint. Unusual things happen to B.T., and everyone gets caught up in the action.

China feels comfortable and natural with him as they become good friends. But when she discovers B.T.'s secret, China's not sure how to act around him. He obviously doesn't want special treatment -- but the whole camp is watching and talking about everything he does. Can China keep her perspective and treat B.T. just like any other guy? Or will their friendship wilt in the glare of the spotlight?
Reviews from Goodreads.com