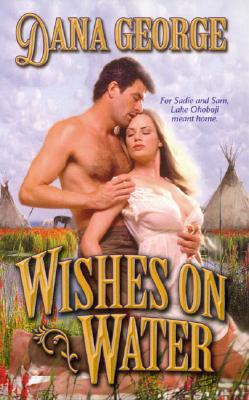 SADIE
Invited by the kindly frontiersmen, the Gardners, Sadie Pritchard jumped at the offer to convalesce with her boys in the abandoned cabin on the lake. But then its owner returned. Sadie's past had been hard, with the wagon train and her husband, and this giant seemed just as dangerous--until she looked in his eyes and met his infant girl.

"MAC"
After four months on the road, all Sam MacCallister wanted was to return to Lake Okoboji. Little did he expect the scarecrow of a woman and her two sons who awaited him. Little more did he expect them to steal his heart.

HOME
In 1856, Calhoun County, Iowa, was a dangerous place. With the stirrings of an anguished Sioux nation and the secrets of Sadie's past threatening to surface, trouble was inevitable. But to Mac and Sadie, together, no matter how hard any journey, Lake Okoboji was the place to return to, a place that promised fulfillment of all their .. .
WISHES ON WATER
Reviews from Goodreads.com