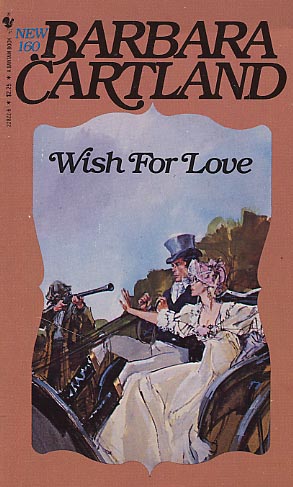 Queen's Ford, a beautiful house built in the reign of Queen Elizabeth, is crumbling into a ruin and the Forde family are so poor they can't afford to repair it. Jeremy, needing some new clothes, persuades is sister, Mariota, to help him hold up a coach for money, with unusual results.

In the shadow of the trees the Earl of Buckenham drew in his horses and turned round in his seat to face her.

"There is something I want to tell you, Mariota," he said.

There was a note in his voice she had not heard before and as she looked up at him her eyes met his and they seemed to fill the whole world.

"You must know by this time that I love you, Mariotal"

She could only draw in her breath and feel that the sunshine had a brilliance that illuminated the Earl until it glowed around him as an aura of gold.
Reviews from Goodreads.com