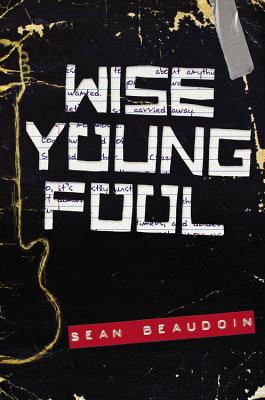 Teen rocker Ritchie Sudden is pretty sure his life has just jumped the shark. Except he hates being called a teen, his band doesn't play rock, and "jumping the shark" is yet another dumb cliché. Part of Ritchie wants to drop everything and walk away. Especially the part that's serving ninety days in a juvenile detention center.

Telling the story of the year leading up to his arrest, Ritchie grabs readers by the throat before (politely) inviting them along for the (max-speed) ride. A battle of the bands looms. Dad split about five minutes before Mom's girlfriend moved in. There's the matter of trying to score with the dangerously hot Ravenna Woods while avoiding the dangerously huge Spence Proffer--not to mention just trying to forget what his sister, Beth, said the week before she died.