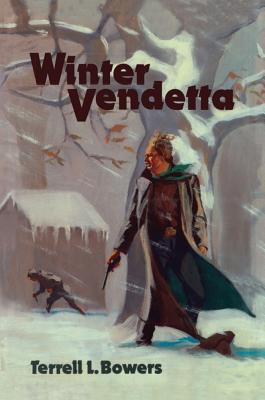 When Dave Bryant rides back to Scoﬁeld, Montana, so many years have passed that no one recognizes him. This is just as he wants it. His parents have been in the ground for twelve years, and Dave's revenge has been slow in coming. But ﬁnally all the pieces are in place: Henry Striker and his sons will pay for what they have done.

Dave's carefully crafted plan runs into trouble when he rescues a beautiful young woman from a crazed, knifewielding man known as the Butcher. For Dave it is love at ﬁrst sight -- and then he learns that she is Colette Striker, Henry's stepdaughter. Dueling emotions threaten to tear Dave apart, but there is no time for thought. The ﬁrst steps of his plan have already triggered a range war, and the sinister Butcher is still on the loose. The violence is escalating, and Dave realizes that desperate measures may be called for. But at what cost will he extract his revenge?