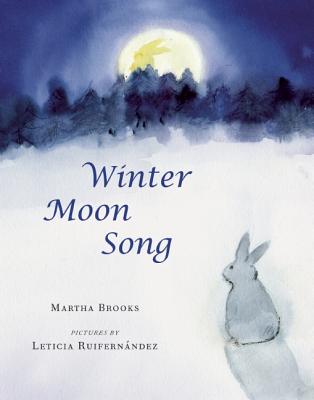 Many cultures explain why we can see the shape of a rabbit on the moon. Inspired by a Lakota Elder s version of the tale, Martha Brooks created this beautifully written story. A young rabbit asks his mother how the shape of a rabbit came to be on the moon. She tells him the story of Great Mother Creator Rabbit, who came down to Earth to see how her creatures lived. Finding herself cold and hungry, she built a fire, placing a stewpot on top. Another rabbit took it upon himself to jump in, but before he could perish Great Mother Rabbit tossed him up into the moon. This is why all the rabbits now gather to hear the choir sing Winter Moon Song. But when all the rabbits gather to hear it, the little rabbit is disappointed: it had been beautiful, but did not seem magical. In the wintry air, the little rabbit looks up at the rabbit in the moon and is suddenly inspired to sing the song once more. He is joined by others. In singing the song anew, they realize the joy in being one great rabbit family."
Reviews from Goodreads.com 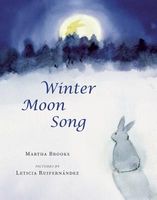