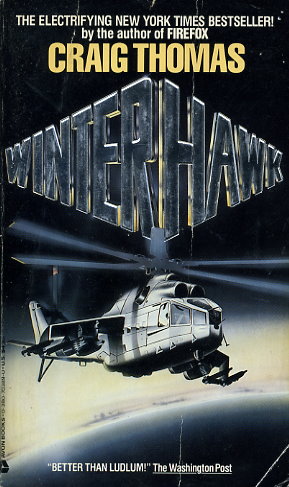 WINTER HAWK -- THE MISSION ONLY MITCHELL GANT COULD HANDLE!

Gant is back.
To stop the Russians from turning space into an armed Soviet camp.
To avert global disaster.
To pull off the impossible!

Hijacking the enemy's deadliest warcraft since FIREFOX, Gant launches his most harrowing operation ever-an eleventh-hour rescue from deep within Soviet airspace... a breathtaking dogfight to the death...a game played on the razor's edge of suspense-against stakes too terrifying to imagine.
Reviews from Goodreads.com