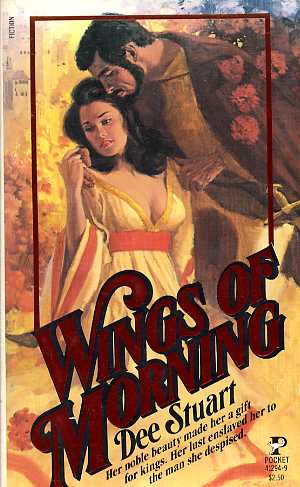 Her noble beauty made her a gift for kings. Her lust enslaved her to the man she despised.

SHE WOULD WED HIM, SHE WOULD BEAR HIM A SON. BUT NOTHING COULD FORCE HER TO LOVE THE INFIDEL.

The Moorish warriors had shown no mercy. Raping her city. Destroying her family. Yet one, the godlike, Stone-faced Tariq, had swept the raven-haired, ivory-skinned Spanish beauty up on his charger and spirited her away to his kingdom of Granada. He had saved Livia Larreta's life.

For what? To be a prisoner in a jeweled cage? A plaything for a prince? Soon Livia was to know the truth. She would become Tariq's unwilling bride.

Amid the filigreed splendor of the Moorish castle and the vicious court intrigues, the bloody Spanish Holy War wheeled ever closer to her door. If only her beloved Castilian officer Aguilar could rescue her before it was too late -- before she must submit to the strange, unwelcome passion she had begun to feel for her hold and barbarous husband.
Reviews from Goodreads.com